We do four things at Church of the Pines

We want people to
Know God through
attending weekend
services at COTP.

We want people to
Find Freedom by
getting connected
in small groups.

We want everyone to
Discover Purpose by
attending our Next
Steps classes.

We want people to
Make a Difference by
serving on the
Dream Team.

In February of 2015, after 15 years of ministry at Relate Church in
Byram, MS,  Les and Angela sensed God leading them to take a step
of faith: to leave their life, family and church, pull up roots and
simply trust him for their next steps. Les knew their first step was to
move to Birmingham, AL and join Church of the Highlands. Once in
Birmingham, Les enrolled into Highlands College, the ministry
training college of Church of the Highlands. Soon after, God began
to speak to Les and Angela about church planting. Without a doubt,
Les, a Jacksonville, TX native, knew they were supposed to plant a
life-giving church in the Piney Woods region of East Texas and call
it, Church of the Pines.

From that point, God began to birth the vision for Church of the
Pines in Les. He began to dream about a church that would lead
people into an “evergreen life”…a life that is full and vibrant, in
every season. In October of 2016, God showed Les and Angela it
was time to take their next step and begin the process of planting
Church of the Pines in Tyler, TX.

Church of the Pines embraces the following statements concerning the truth.

The Bible is our all-sufficient rule for faith and practice.  This Statement of Fundamental Truths is intended simply as a basis of fellowship among us (i.e., that we all speak the same thing; I Corinthians 1:10; Acts 2:42).  No claim is made that it contains all biblical truth, only that it covers our need as to these fundamental doctrines.

We do not presume to say the phraseology employed in this Statement of Fundamental Truths is inspired or that it is the final work on Bible truth.

However, we are persuaded it is proper and consistent with the Holy Scriptures to “set forth in order a declaration of those things which are most surely believed among us” (Luke 1:1).

The Holy Bible, and only the Bible, is the authoritative
Word of God. It alone is the final authority in
determining all doctrinal truths. In its original writing,
it is inspired, infallible and inerrant (II Timothy 3:16; II
Peter 1:20-21; Proverbs 30:5; Romans 16:25-26).

For anyone to know God, regeneration by the Holy Spirit is absolutely essential (John 6:44, 65).

Repentance is the commitment to turn away from sin in every area of our lives and to follow Christ, which allows us to receive His redemption and to be regenerated by the Holy Spirit. Thus, through repentance we receive forgiveness of sins and appropriate salvation (Acts 2:21, 3:19; I John 1:9).

Sanctification is the ongoing process of yielding to God’s Word and His Spirit in order to complete the development of Christ’s character in us. It is through the present ministry of the Holy Spirit and the Word of God that the Christian is enabled to live a godly life (I Thessalonians 4:3, 5:23; II Corinthians 3:18, 6:14-18, II Thessalonians 2:1-3, Romans 8:29, 12:1-2, Hebrews 2:11).

Christians are people who have invited the Lord Jesus Christ to come and live inside them by His Holy Spirit. They relinquish the authority of their lives over to him thus making Jesus the Lord of their life as well as Savior. They put their trust in what Jesus accomplished for them when He died, was buried, and rose again from the dead (John 1:12; John 14:17, 23; John 15:4; Romans 8:11; Revelation 3:20).

BAPTISM IN THE HOLY SPIRIT

THE GIFTS OF THE HOLY SPIRIT

The Holy Spirit is manifested through a variety of spiritual gifts to build and sanctify the church, demonstrate the validity of the resurrection, and confirm the power of the Gospel. The Bible lists of these gifts are not necessarily exhaustive, and the gifts may occur in various combinations. All believers are commanded to earnestly desire the manifestation of the gifts in their lives. These gifts always operate in harmony with the Scriptures and should never be used in violation of biblical parameters. (Hebrews 2:4; Romans 1:11,12 :4-8; Ephesians 4:16; II Timothy 1:5-16, 4:14; I Corinthians 12:1-31, 14:1-40; I Peter 4:10, Romans 11:29).

The church is the Body of Christ, the habitation of God through the Spirit, with divine appointments for the fulfillment of Jesus’ great commission. Every person who is born of the Spirit is an integral part of the church as a member of the body of believers. There is a spiritual unity of all believers in our Lord Jesus Christ. (Ephesians 1:22, 2:19-22; Hebrews 12:23; John 17:11, 20-23).

HEALING OF THE SICK

GOD’S WILL FOR PROVISION

It is the Father’s will for believers to become whole, healthy and successful in all areas of life. But because of the fall, many may not receive the full benefits of God’s will while on Earth.

Les and Angela Harvey lead Church of the Pines
in Tyler, TX. They answered the call to ministry
in 2000 and were married in 2001. They are
passionate about helping people discover their
God-given purpose. Les loves Dallas Cowboys
football, golf, traveling, and doing whatever
makes Angela happy. Angela loves all things
design, exploring new cities, and antiquing
with friends. They have one daughter,
Mia and reside in Tyler. 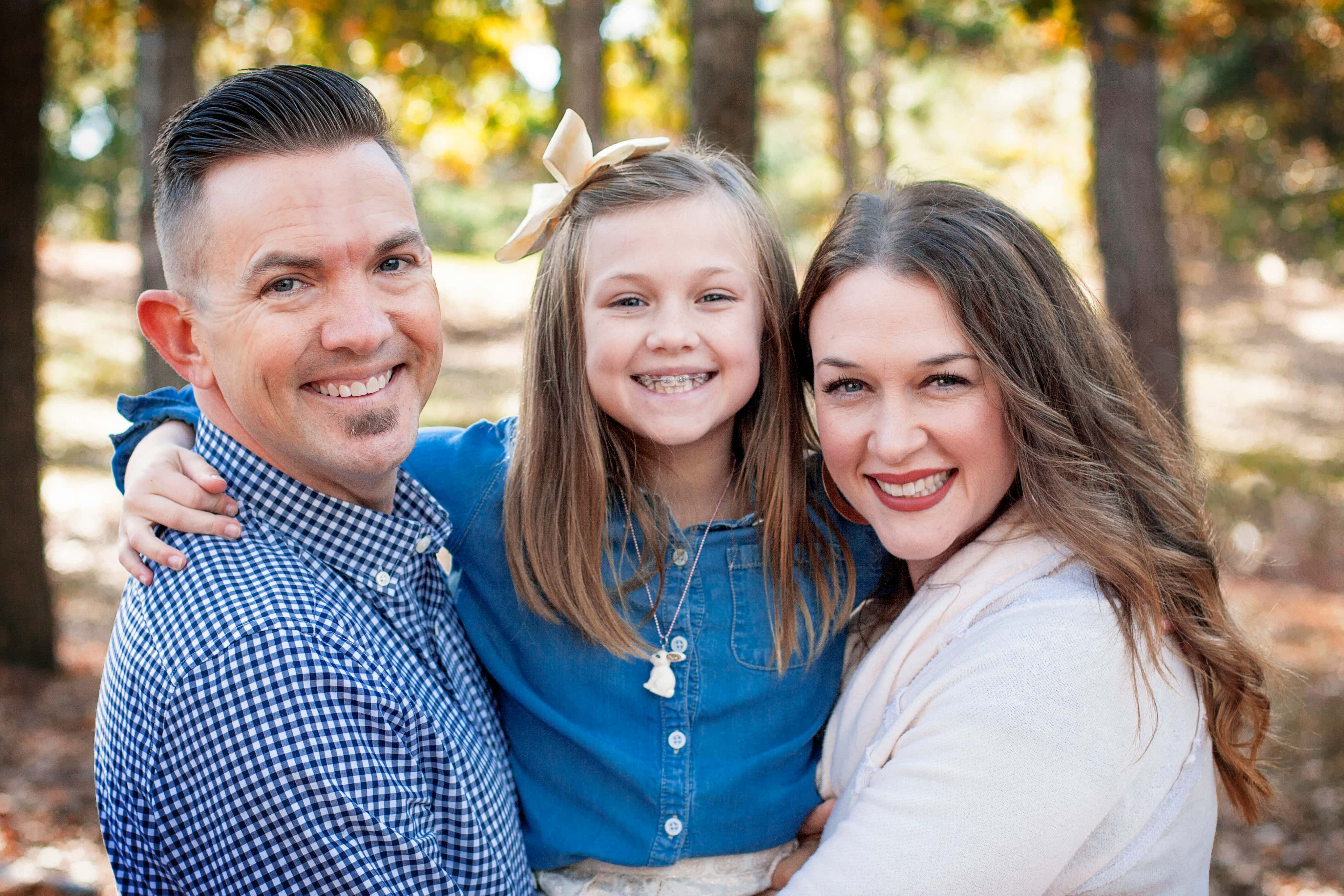